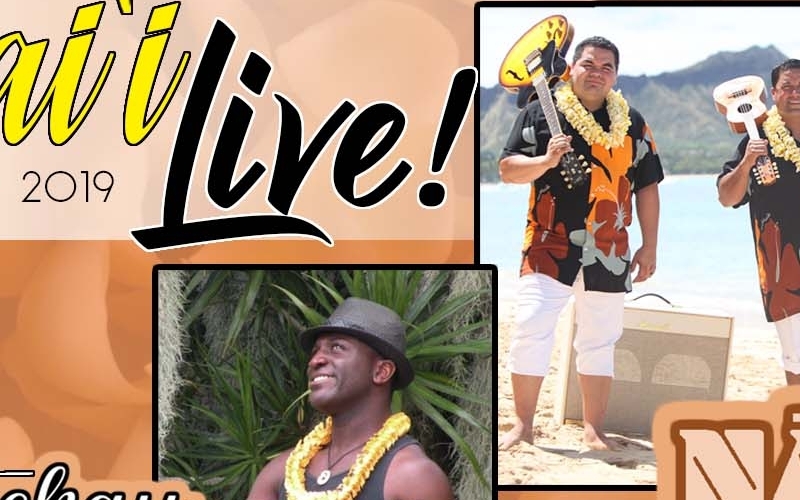 Hawai'i LIVE Tour will be making its 1st journey through the Pacific Northwest making their initial stop in Springfield Oregon's very own, Wildish Theater!  Ke Kukui Foundation along with its partners aim to bring the best of the island cultures by spreading aloha in all shapes and forms to the Pacific Northwest.

If anyone could be described as having "Hawaiian heart & soul," it is Kamakakehau Fernandez.  Born in Little Rock, Arkansas, this 6 week old infant was adopted by Robyn Nae'ole and brought to the shores of Maui, Hawaii.  He is a graduate of the Hawaiian language immersion program Kula Kaiapuni and is a proud Hawaiian language speaker.  Kamakakehau became enamoured with the 'ukulele and leo ki'eki'e (falsetto) singing.  In 2003, he won his 1st falsetto singing competition which later propelled him into winning Hawai'i's Na Hoku Hanohano Awards in 2013.  Kamakakehau has since been featured in the Hawaiian language remake of Disney's "MOANA" as the character Tamatoa and continues to have a strong presence in Hawai'i, the continental states and Japan.

The tours headliner will be the boys of Na Hoa.  Simply starting out as friends (na hoa), this gifted trio of musicians started their musical journey in 2002 practicing at O'ahu's prominent Kapi'olani Park.  Soon thereafter, Na Hoa started performing at the hotels of Waikiki and various notable Hawaiian music establishments in Hawai'i.  The group quickly gained notoriety for their style of Hawaiian music and lively performances enjoyed by all ages.  10 years later the boys recorded their 1st album entitled, "NA HOA" and followed by a Christmas album.  Na Hoa has won multiple Na Hoku Hanohano Awards in Hawai'i setting the grounds for their latest project and new release "Aloha From Na Hoa" reaching the mainstream lights as a 2019 Grammy Awards Nominee!

Join us for a night of some 'ono (delicious) Hawaiian music with Hawai'i LIVE Music Tour 2019 and mahalo nui loa!