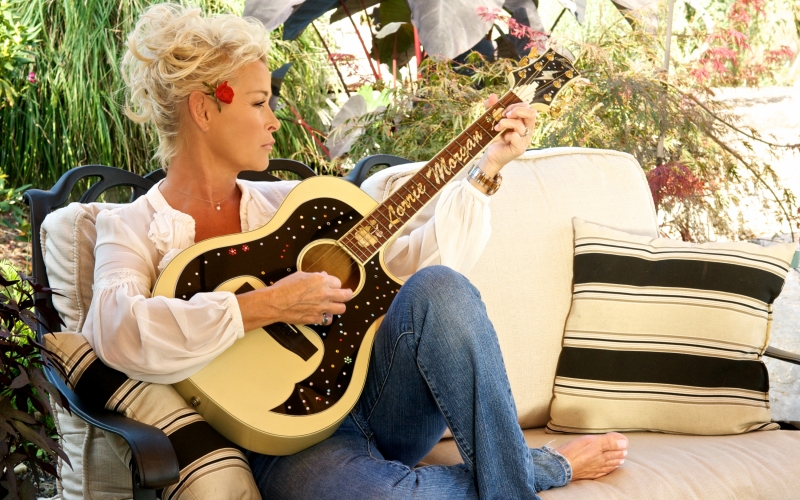 Although she spent most of her life singing, Lorrie Morgan didn't become a star until the early '90s, when she scored a string of Top Ten country hits. Born Loretta Lynn Morgan, she was the daughter of Grand Ole Opry star George Morgan and made her professional debut at age 13 on the Opry, where her rendition of "Paper Roses" received a standing ovation. When her father died in 1975, she took over his band and began leading the group through various club gigs. Within a few years, she disbanded the group, and in 1977, she went on to play with the Little Roy Wiggins band. She then became a receptionist and demo singer at Acuff-Rose, where she also wrote songs. In 1978, she had one minor hit single; the following year another minor hit with "I'm Completely Satisfied," an electronically dubbed duet with her late father. She began touring Nashville nightclubs and opened for a number of acts, including Jack Greene, Billy Thunderkloud, and Jeanie Seely. She also toured as a duet partner with George Jones and spent two years as part of the Opryland USA bluegrass show and as a guest singer on TNN's Nashville Now.