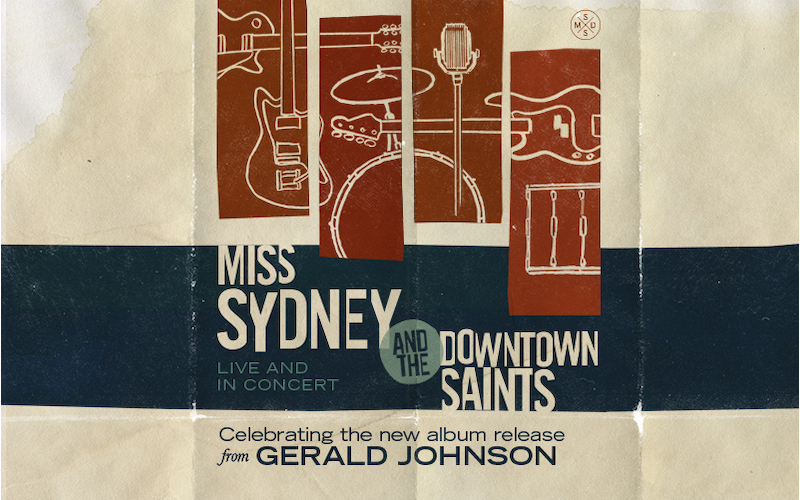 Miss Sydney & The Downtown Saints return to Edmonds Center for the Arts with an evening featuring both original songs and beloved rock & roll, r&b, and soul favorites of these Edmonds-based musicians.

Come celebrate the new album release from legendary bass player Gerald Johnson. After playing alongside Rock & Roll Hall of Fame members from Steve Miller, Crosby, Stills & Nash, Dave Mason, John Fogerty and many others for over 50 years, Gerald stepped into the Robert Lang Studio to record his own record, which he will be performing part of alongside Miss Sydney & The Downtown Saints throughout the evening.

It's a night you won't want to miss!