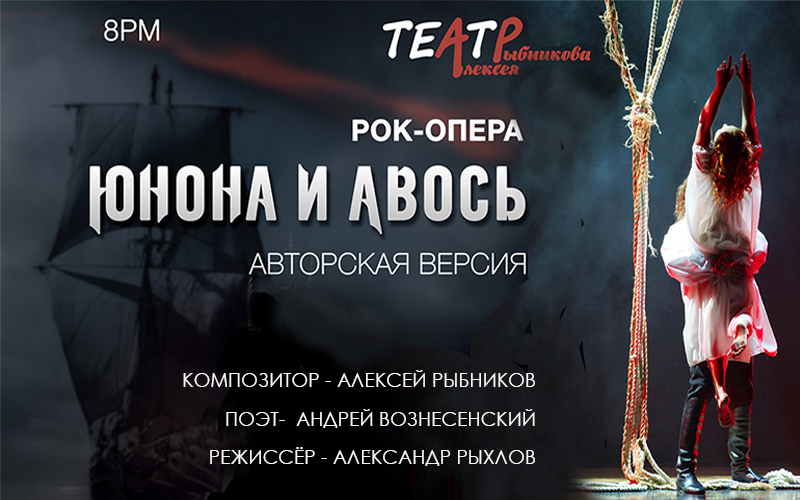 This event has been postponed. New Date TBA.

Rock opera "JUNO and AVOS" will be shown in Seattle!

The production of the theater by Alexei Rybnikov. (12+)

The authors are the prominent Russian composer Alexei Rybnikov and the poet Andrei Voznesensky.

The premiere of the rock opera "Juno" and "Avos" took place in 1981 on the stage of the Moscow Lenin Komsomol Theater, and for more than 30 years now it has been with constant success and a full house.

In 2009, especially for showing at the Pierre Cardin festival in Lacoste, Alexei Rybnikov created the author's version of the rock opera “Juno” and “Avos” (directed by Alexander Rykhlov), which premiered with great success on July 3, 2009. For 10 years now, Juno and Avos. The author's version ”successfully goes on the best stages of Russia and abroad.

The new version of the opera combines the traditions of Russian sacred music, folklore, and genres of mass "urban" music, with the composer's imaginative, ideological, and aesthetic priorities.

The performance is filled with brilliant Moscow artists - stars of a new wave.

In the role of Count Rezanov - Nikita Pozdnyakov.

The role of Conchita is performed by Svetlana Bakaeva.

Leading actors are also involved in the play.