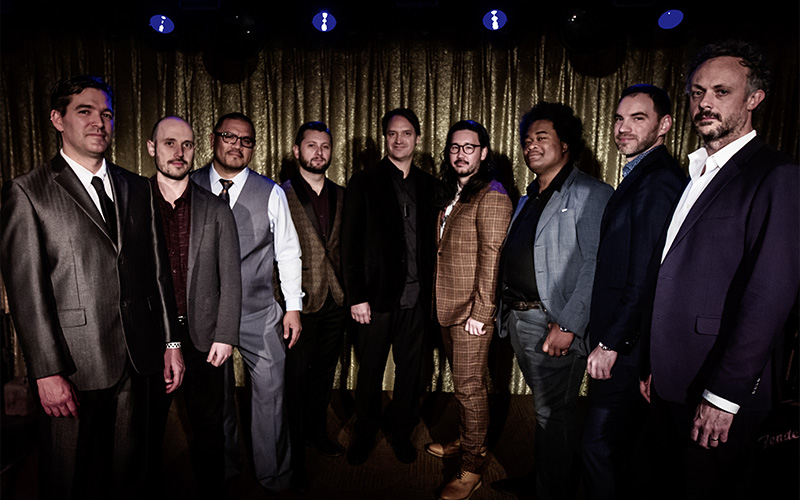 Listening to the abundant sounds of the Seattle-based funk & soul group, The True Loves, is like walking down a favorite neighborhood street, slapping-five with friends, checking up with clerks in their stores, admiring your own dark sun-glassed face in their windows, ducking under flowerpots and smelling the familiar smells of your most cherished locale. The band is its own block party.

What began in 2014 as a jam session between three of the city’s best - pocket-perfect drummer David McGraw, intoxicating bassist Bryant Moore and otherworldly guitarist Jimmy James - has since blossomed into a global force that now features percussionist Iván Galvez and four horn players: trombonists Jason Cressey and Greg Kramer and saxophonists Gordon Brown and Skerik. Together, the group’s live performances have garnered them much local acclaim and millions of streams on YouTube.

This performance is a curbside event presented as part of ECA’s Summer Series. All Curbside events will take place outside in ECA’s parking lot, open at limited capacity. In the event of inclement weather, performances will be held indoors in ECA’s theatre.