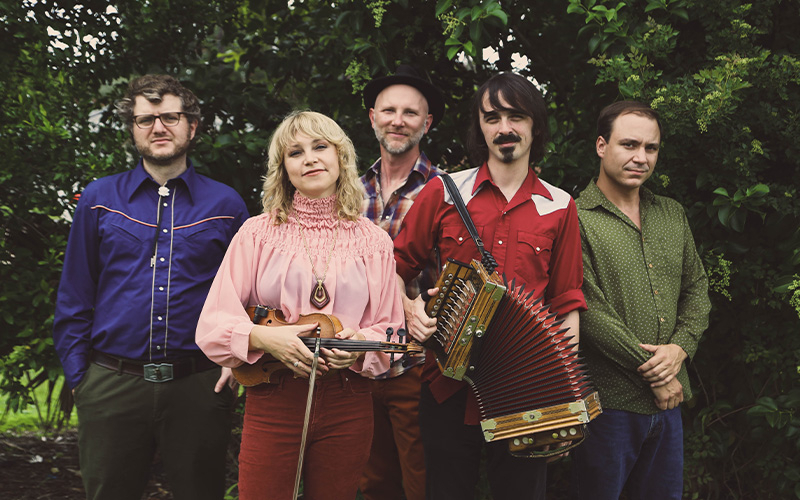 The young and vibrant Southwest Louisiana band takes Cajun, honky-tonk, and string-band music as their starting point, and keeps an open mind about where their song craft will lead them. On Two Universes, their first studio album in over five years, Feufollet proves their Cajun roots don’t define them as much as propel them forward; whispers of the swamp and its time-honored waltzes trigger a modern and broad musical imagination, one that finds equal expression in blues, old-time, country ballads, rock ‘n’ roll, whatever, all for the sake of the song.

Cajun, country, and rock ‘n’ roll all began as homespun enterprises, by musicians tinkering with inherited melodies until new sounds were struck. Feufollet keeps that experimental spirit alive and well with their diverse musical palette, edgy arrangements, and pop-song sensibilities.

This performance is a curbside event presented as part of ECA’s Summer Series. All Curbside events will take place outside in ECA’s parking lot, open at limited capacity. In the event of inclement weather, performances will be held indoors in ECA’s theatre.