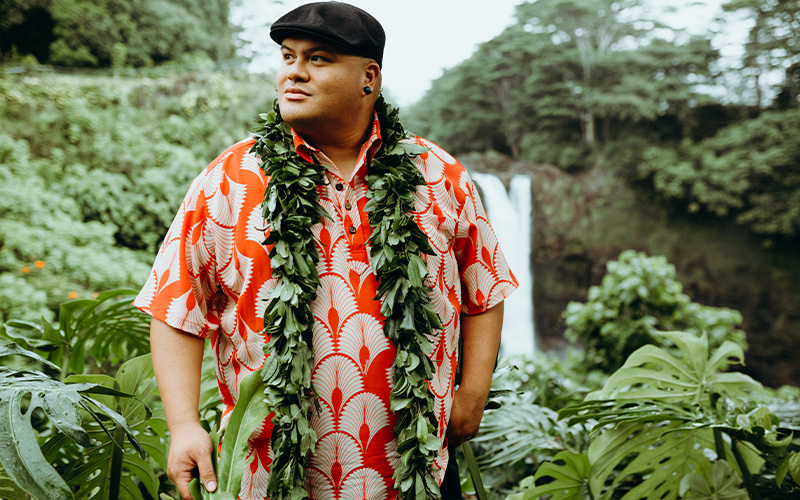 Three-time Grammy award winner Kalani Pe'a is a singer of power, sensitivity, and charisma. Self-described as “Hawaiian contemporary soul,” Kalani’s dynamic and charming stage presence, vocal brilliance, and range of songs from Hawaiian to R&B has brought him to the forefront of Hawaiian music for both traditionalists and a new generation. He released his newest album in May 2021, to rave reviews, and was a featured artist on Spotify and Amazon Music’s AAPI campaigns in New York and San Francisco. He made his sold-out New York debut in February 2020, the first Hawaiian artist to be presented by Lincoln Center’s American Songbook.