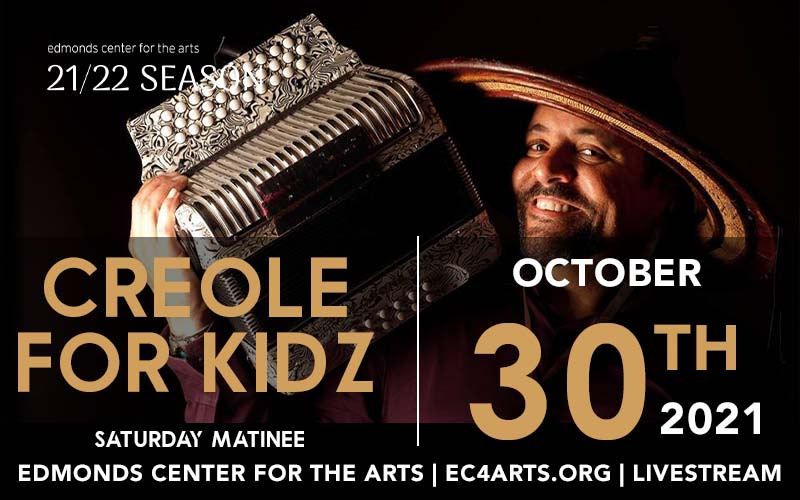 Created in 2000, Terrance Simien & The Zydeco Experience’s Creole for Kidz program shares the history of Zydeco in an innovative, high-energy performance that has reached over 500,000 people of all ages around the globe.

Centered on the history and evolution of the American roots music genre Zydeco – the traditional music of the black and mixed-race, French-speaking Creoles of south Louisiana – Creole for Kidz started with a conversation Terrance had with his good friend and ethnomusicologist, Taj Mahal, who encouraged Terrance to tell his story through song.

Simien has received countless awards, grants, and recognition for his work and artistic contributions as a respected Cultural Ambassador for his state and country, and in 2009 collaborated with Randy Newman on the soundtrack for the Academy Award-nominated film The Princess & The Frog.


Tickets to the livestream event are sold through our partner Mandolin. When you click ‘Buy Tickets’ you will be redirected to Mandolin's site.

The livestream event will be available for 48-hour replay after the performance.