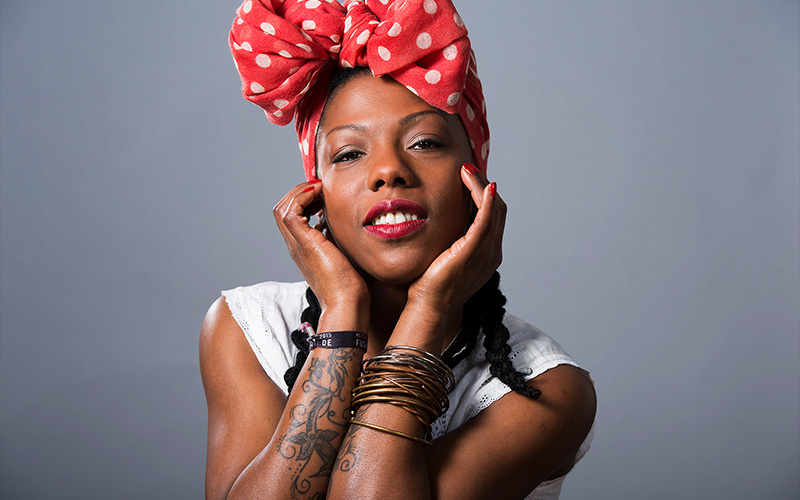 With her explosive mix of hip hop, cumbia, dancehall and reggae, the Cuban singer, flautist and percussionist, Yaite Ramos Rodriguez, aka La Dame Blanche, delivers a powerful and compelling sound which summons the spirits.

The smoke of an inaugural cigar prior to setting foot on set, a glass of rum left backstage, necklaces, white flowers, a pristine turban: for her appearances on stage, la Dame Blanche feeds the energy of the spirits of Santeria, her Afro-Cuban religion. In real life, away from the limelight, this singer, flautist and percussionist is Yaite Ramos Rodriguez… A mischievous response during a conversation reveals her character: a slender and diaphanous figure, a legend who haunts nocturnal roads and the imagination of children all over the world.  You have to believe the jokes and the evidence. Witty and charming, Yaite tames La Dame Blanche. Everything comes together.

This performance, presented as part of ECA’s Summer Series, will take place in ECA’s theatre.